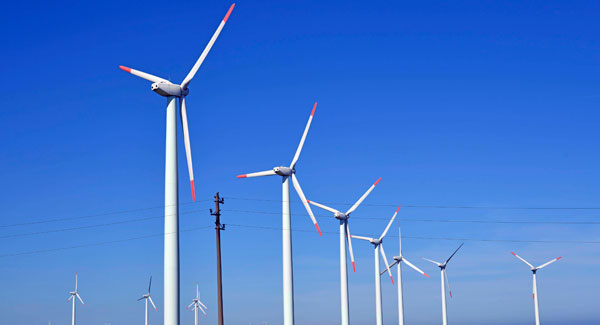 Ireland is set to fall short of the EU’s 2020 targets for renewable energy use, according to a report from the Sustainable Energy Authority of Ireland.

Up to 13% of Ireland’s energy needs will come from renewable energy sources next year, 3% short of the EU target.

The annual report, which charts Ireland’s progress towards its 2030 and 2050 emissions targets, blames the country’s over-reliance on non-renewable heating.

It claims those targets are still within reach if the country delivers radical reductions which would have to be repeated year on year.

Meanwhile, Research published this morning by the European Climate Foundation scores the Government’s draft National Energy and Climate Plan (NECP), at 38 out of 100.

The plan, submitted to the EU last December, is a “clear fail” according to the Irish Stop Climate Chaos Coalition.

The analysis, carried out by the Ecologic Institute, an academic think tank, and Climact, a consultancy, assesses all 28 EU Member States’ draft NECPs and scores them according to

(i) the level of ambition,

(ii) the level of detail of the policies and measures described, and

(iii) the quality and inclusiveness of the drafting process.

Catherine Devitt, Head of Policy for the Stop Climate Chaos Coalition said: “This analysis confirms Minister Bruton’s own assessment of his draft NECP, that it is a ‘business as usual plan’.

“Obviously, a score of 38 out of 100 is a clear fail. And business as usual is simply unacceptable.

“What is imperative now is that the Minister implements the Oireachtas Committee roadmap for action on the urgent timelines they laid out and that he incorporates all their recommendations in the next draft of his plan.

“The Dáil has declared a climate emergency and endorsed the Oireachtas Committee’s pathway to implementing the Paris Agreement. It is essential that the final NECP the Minister submits to the EU before the end of the year fully reflects the urgency and the specificity of the Committee’s recommendations.”

Scally: Ryanair boss should ‘leave public health’ to the authorities