Man arrested after gardaí seize cannabis worth €25k in Dublin 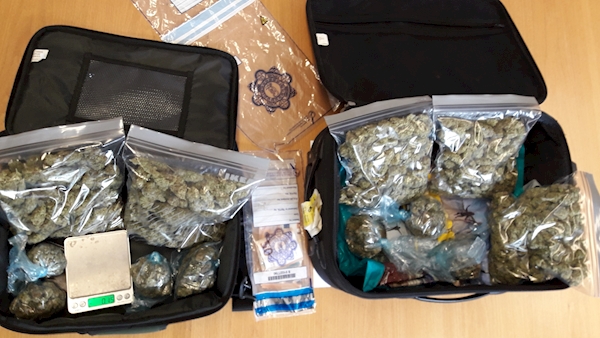 Gardaí have seized cannabis herb worth €25k in Dublin.

One man was arrested during the planned operation.

A house was searched in the Harmonstown area this morning by gardaí as part of ongoing investigations into the sale and supply of controlled drugs in North Dublin.

Cannabis herb with an estimated street value €25k was recovered at the scene.

A man in his 20s was arrested and is currently detained under Section 4 of the Criminal Justice Act, 1984 at Coolock Garda Station. He can be detained for up to 24 hours.

The investigation is ongoing.