Holiday jet made unscheduled landing after passenger reported to be ‘haemorrhaging’ 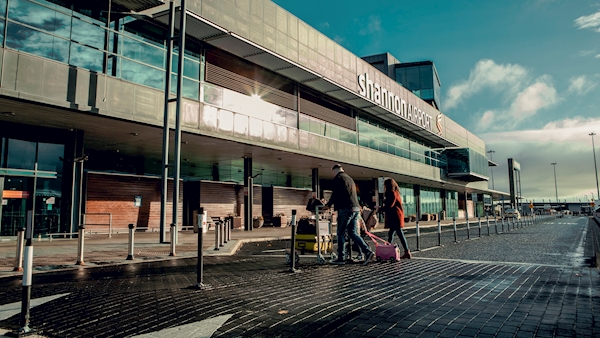 A holiday jet made an unscheduled landing at Shannon Airport this afternoon so a passenger could receive medical attention.

Thomson flight BY-1448 was less than an hour into its journey from Glasgow, Scotland to Lanzarote in the Canary Islands when the crew turned around.

The flight was about 50 kilometres southwest of Cork at around 4.15pm when the crew advised air traffic controllers that they had a “medical situation” on board and wished to divert to Shannon Airport.

The crew was cleared to make a U-turn and reroute to the mid-west airport.

It’s understood the passenger was a woman in her 40s who was reported to be “haemorrhaging” and losing consciousness.

It’s also believed that there was at least one doctor on board who tended to the woman as the flight descended towards Shannon.

Airport authorities and the National Ambulance Service were advised of the inbound emergency and an ambulance was dispatched to the airport ahead of the aircraft’s arrival.

The Boeing 737-800 jet landed at 4.33pm and was met at the terminal by airport ground crews and ambulance paramedics.

The woman was assessed at the airport before being removed by ambulance to University Hospital Limerick for treatment.

One passenger said: “There was a couple of doctors on the flight that attended to her and it looked like everything was under control.”

While the crew waited for a new flight plan and their aircraft was refuelled, passengers were told that engineers had been called to carry out a routine inspection of the aircraft after the crew had made an ‘overweight landing’.

The flight resumed its journey to Lanzarote shortly after 6pm.

So far this year, the airport has dealt with around 50 unscheduled landings 15 of which were medical diversions.

The EuroMillions results are in…