David’s story: Slurs escalated to point of violence in school 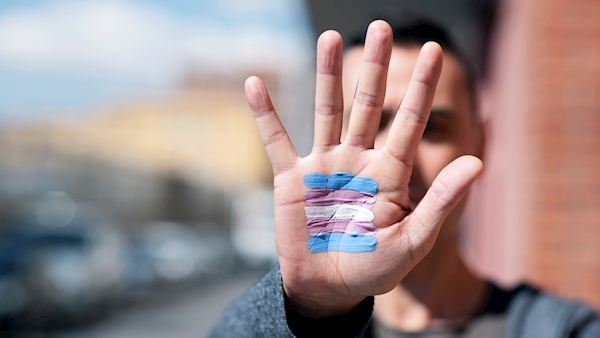 David*, a trans man assigned female at birth, attended an all-girls school in the south of the country, and identified as a lesbian in his teenage years.

Now at university, David never felt he could come out as trans while he was a secondary school student.

“I came out as a lesbian at 14”, he says, adding that this was after self-harming and experiencing suicidal thoughts,” he says.

“I presented myself as more ‘masculine’ and I looked ‘stereotypically gay’.”

However, this made school for him difficult for a number of reasons.

“I often felt unsafe,” he says.

After coming out as a lesbian, he was bullied, physically attacked, and harassed by other students in his school.

Rumours were spread about him and his partner, and he was often called homophobic slurs. He was also confronted and targeted several times by older students.

“It did escalate to the point of violence,” he says. “It was always very strategic.

“It would be when I was waiting for a bus or in the locker rooms. It was always out of sight of teachers.

However, I was never comfortable enough to tell my teachers about what was happening as I was afraid they would out me to my parents, who weren’t accepting of me

“I felt like I was getting it from home and at school all because I looked ‘gay’.”

The all-girls school he attended had a very strong Catholic ethos and David felt this prevented the school from fully supporting its LGBTI + students.

“Because I was attending an all-girls school, I couldn’t wear pants, we all had to wear skirts,” he says.

“I was very aware at that point that I didn’t feel like a woman so that was awful.

“There was literally no chance I could have come out as trans while in school.

“I would have been the only man at an all-girls school that was unsupportive anyway to its visibly gay and lesbian students.”

Now at university, David is doing much better.

“I’m in a really inclusive environment, I’ve been able to come out socially and I’ve legally changed my name. I was unable to do any of that when I was in school.

“Education is great and there is a lot of work in that area but some kids do fall through the cracks.”

*Not his real name