The Portlaoise College student battled his way through a field of 43 other competitors over six rounds to secure the title on a five win/one draw scoreline. He took home the Legacy Perpetual Trophy from the prestigious three-day championship at the South Court Hotel. 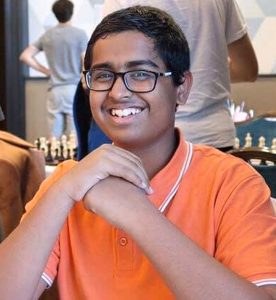 Irelands ranked number one under 16 chess player and student of Portlaoise College Tarun Kanyamarala was the winner of this years prestigious Limerick Open Chess Championship.

The FIDE tournament carries world-ranking points and Tarun is now rated number 142 in Europe and 246 in the world at U16 level.

The young chess champ also set up an online tutorial site called Any Time Chess, where players can practice their skills and gauge their progress on a day-to-day basis.

Laois marks 11th day with no rise in Covid-19