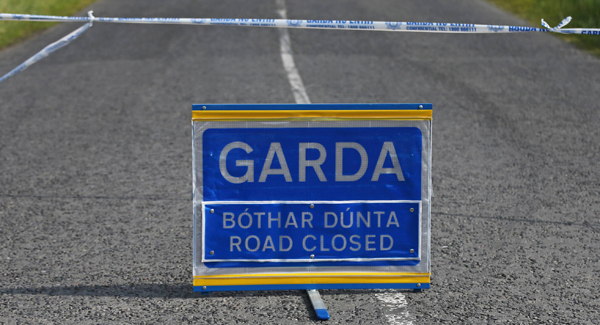 A 62-year old west Clare man has pleaded guilty to careless driving causing the death of a three year old girl in March 2017.

Estlin’s father, Vincent was driving his daughter to creche in the village of Inagh around 9am on the March morning from the north Clare town of Ennistymon and Mr Wall was injured in the road traffic accident.

At court today, Mr O’Flaherty also replied ‘guilty’ when arraigned on a count of driving without due care and attention causing serious bodily harm to Vincent Wall on the same date at the same location.

Mr O’Flaherty had been due to plead not guilty to the more serious charges of dangerous driving causing the death of Estlin Wall and serious bodily harm to her father and a jury was due to be empanelled for the case.

Counsel for the State, Shane Costelloe SC told Judge Gerald Keys that the trial of the dangerous driving causing death case would take four days and run into next week.

However before Mr O’Flaherty was due to be arraigned on the dangerous driving charges, the legal teams for the Director of Public Prosecutions (DPP) and for Mr O’Flaherty entered discussions outside court.

On returning to court 30 minutes later, Mr Costelloe said that there was now an amended indictment before the court.

Counsel for Mr O’Flaherty, Michael Collins SC told the court that Mr O’Flaherty could be arraigned on counts one and two of the amended indictment that were made up of the careless driving counts.

After Mr O’Flaherty entered the two pleas of guilt, Mr Costelloe stated that it was important to point out that the family of Estlin were in court along with extended family members who have travelled from the US and other jurisdictions.

Mr Costelloe stated that there was a third count which he didn’t think would trouble the court and asked that the case be adjourned to Wednesday (Nov 13th) where prosecution evidence will be heard.

Mr Costelloe said that victim impact statements will take some time to compile and after the prosecution evidence is heard on Wednesday, the matter can be adjourned back into the court list.

Estlin was a niece of lead singer with The Stunning, Steve Wall and she was due to celebrate her 4th birthday just under two weeks later on March 28th 2017.

On the morning of March 15th 2017, Mr O’Flaherty’s 04 registered Scania truck was travelling in the opposite direction to the Wall car in a line of traffic from Inagh to Ennistymon.

As a result of injuries sustained in the fatal incident, Estlin was resuscitated at the scene, airlifted to University Hospital Limerick and later transferred to Temple Street Children’s Hospital in Dublin.

Estlin’s father, Vincent suffered serious head injuries in the crash and was placed in an induced coma, missing his little girl’s funeral.

Estlin’s mother and US native, Amy allowed her daughter’s lungs and kidneys be donated to give others a chance of life and has since spoken publicly encouraging other parents to find the strength to do the same in such tragic circumstances describing Estlin as a “double life saver”.