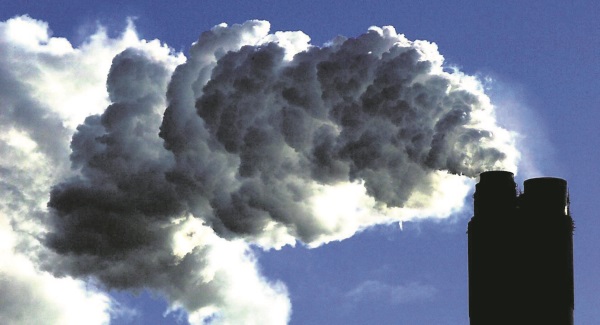 Europe’s environment is at a tipping point and Ireland is among those countries that needs to raise its efforts to address biodiversity loss and limit the impact of climate change, according to a major new report.

The European environment — state and outlook 2020 report, published by the European Environment Agency, looks at how European nations are faring across a range of headings and identifies “serious gaps between the state of the environment and existing EU near- and long-term policy targets”.

Hans Bruyninckx, EEA executive director, said that while incremental changes have resulted in progress in some areas, not nearly enough has been done to meet long-term goals.

In the report he is even more succinct, stating: “current trajectories are fundamentally unsustainable”. In what is the sixth edition of the report, the EEA said: “Policies have been more effective in reducing environmental pressures than in protecting biodiversity and ecosystems, and human health and well-being.

Despite the successes of European environmental governance, persistent problems remain and the outlook for Europe’s environment in the coming decades is discouraging.

It said full implementation of existing policies would take Europe “a long way” to achieving its environmental goals up to 2030, with targets to include more systemic, long-term policy frameworks and binding targets, and managing risks and ensuring a socially fair transition by, for example, supporting companies and workers in industries facing phase-out via retraining, subsidies, and other measures.

According to the EEA: “Pressures on European soils are increasing, and there is a risk that they will affect the services provided by properly functioning, healthy soils.

“Although there is a declining trend due to a decrease in sugar beet cropping, crop harvesting practices may increase the overall soil loss rate in countries such as Belgium, Ireland and the Netherlands.”

Across Europe, wetlands are being lost and according to the report: “The small decrease in pastures and mosaic farmland mainly arose from a few countries, such as in Ireland as a result of afforestation and in France, Germany and Spain as a result of sprawl of urban and industrial areas.”

Ireland saw an increase in total greenhouse gas (GHG) emissions (1990-2017) of 12.9% but saw a 13% fall in the carbon intensity of energy and a drop of 66% in the total energy intensity of the economy over the same period.

When it came to projected welfare impacts of climate change for different EU regions and sectors for two warming scenarios, a 2C temperature rise would leave Ireland more prone to coastal flooding than any other risk factor, the report said.

According to the document, six Member States continued to exceed their national emission ceilings for one or more pollutants in 2017, with Ireland included for NH3 (ammonia).

Ireland had a mid-ranking position when it came to recycling rates of municipal waste and when it came to reductions in PCB (Polychlorinated biphenyls) emissions to air per capita and one table showing that demanding environmental policy is associated with greater competitiveness and more eco-innovation highlighted how Ireland was among the more competitive nations, but was not as stringent as countries such as the Netherlands and Denmark in applying those environmental policies.