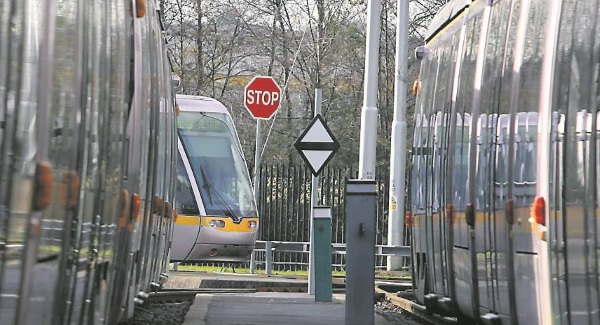 A woman is believed to have had her hair set on fire during an incident on the Luas.

During a separate incident on the red line, a teenager was arrested for damaging the inside of a tram.

The Herald reports that on Saturday January 11, a woman’s hair was set on fire by a group of teenagers on the Luas red line.

It happened as the tram travelled from the city centre to Tallaght.

According to the paper, the driver complained to Transdev after security staff failed to show up.

In a separate incident seven days later, gardaí responded to a public order incident at the Drimnagh Luas stop.

The Herald reports a large group of teenagers was causing a disturbance.

One of them was arrested after being found with a metal pole, which was being used to cause damage to seating on the tram.