On this day 2008 – Camogie minors through to Leinster final 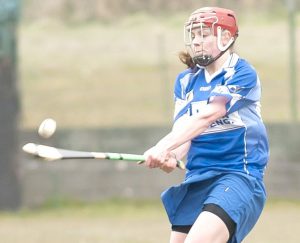 ON a lovely sunny Sunday afternoon where better place to be than in the brand new GAA Grounds of Donaghmore Ashbourne. The location and occasion was made all the better as it was to here the Laois minor camogie team travelled to take on Meath in the Leinster semi-final, a match Laois needed to win to recover from the disappointment of losing the league semi-final.

Laois went on the attack from the outset and Theresa Bennett saw her attempt at goal saved on the line by Meath goalie, Emily Mangan, in the opening minutes.

But it was Meath who were the first to score with Elizabeth Oakes sent over a point followed minutes later by Aileen Donnelly doing likewise.

Louise Mahony opened the account for Laois with a pointed free but Meath, playing with the wind, were running at Laois and piling on the pressure on the visitors’ defence. A free by Jane Dolan gave Meath another point.

This time the Laois response was swift. Sarah Anne Fitzgerald won the ball from the puck out, soloed forwarded and smashed to the top corner of the net.

Jane Dolan responded with a point for Meath while another attack saw Mags Kelly squeeze the ball past the goalie for another Laois goal. This was a great boost for the Laois side just before half-time, but they were only too aware that Meath would not give up until the final whistle.

Elaine Mahony opened the second half with a great point while Jane Dolan replied with a free for Meath.

It was at this stage that Laois took over and produced some of their best camogie this year. Their speed and accurate passing saw them gradually put the game out of Meath’s reach.

While Laois were notching up the points Meath were always threatening but the Laois defence was solid with Eimear Moynan steadfast and confidant in her clearances.

A last ditch Meath attack was halted when Sinead Delaney reached up and snatched the ball and cleared. The final whistle blew and Laois march forward to the Leinster final.

While the score may give the appearance of an easy win, this was not the case. Meath fought right up to the final whistle and made the Laois girls work hard throughout the game. It would be difficult to give any girl ‘player of the match’ as each and every one of the girls worked hard for this win.

Goalie Laura Dunne marshalled her goals well and her long puck outs constantly had the ball in the Meath half. Eimear Moynan was the bane of the Meath forwards as she, with the able assistance of Sinead Delaney and Catriona Downey, rebuffed attack after attack, particularly in the second half. Half backs, Elaine Downey, Sarah Cuddy and Brigie Cuddy played a gritty game and constantly bothered the Meath forwards.

Half forwards, Elaine Mahony, Aoife Donohue and Eimear Delaney worked tirelessly in the face of a strong Meath defence as did the full forward line of Mags Kelly, Theresa Bennett and Sharon Moylan.

Over the course of the game trainer, Fergal Cuddy, made a number of positional changes that worked well and were instrumental in confusing the Meath side, giving the Laois girls the upper hand.

Laois are now in the Leinster Final where their opponents have yet to be finalised with Dublin, Carlow and Offaly still in the running.