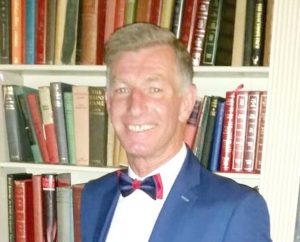 TWELVE months ago Castletown, the village famous for its beauty and tidiness, came to a standstill as the people were joined by many others as they said farewell to Aoife Mullaney (ne Doocey) after she had lost her battle with cancer. Little did the public expect they would pay homage to Aoife’s uncle Declan exactly a year later.

Last Tuesday (5 May) morning word spread of an accident at the nearby Mountrath Golf Club, only a stone’s throw from the scenic village. As the hours passed it was confirmed that the tragic accident had claimed the life of Declan Doocey.

The medical people and members of the Garda had rushed to the scene but despite their best efforts Declan was pronounced dead four months before he would have celebrated his 63rd birthday.

Declan was born the second youngest child of Billy and Ann in Aughafan. Only five years previous the family had buried Patrica Allen the baby of that family in Ballyfin after she died suddenly on holiday abroad. Another brother Billy, Aoife’s father, died in between and two weeks ago another brother, Paddy Daly was laid to rest in Killesmestia Cemetery beside his wife Kathleen (nee Nolan) who predeceased him less than 12 months ago.

As news spread of the tragic passing of Declan many tributes were paid from many quarters. Thirty-four years ago he wore the number 14 jersey when Castletown were crowned intermediate hurling champions when defeating Park/Ratheniska. Regarded as a goal getter, he had speed to burn and never shied away from a challenge.

For many years he was employed as Fear An Phoist and he was based in the hurling heartland of Rathdowney and Errill and was hugely popular because he could converse about all sports. In later years he spent many hours on the Mountrath golf course where he collected many valuable prizes. He was the fourth name on a team sheet that included other GAA experts Tommy Jones, Gerry Gaughan and PJ Mullaney.

In later times music and dancing was his forte and, like his earlier exploits, Declan was gifted in particular when it came to set dancing where he would add further to the trophy cabinet. Indeed he was a wonderful organiser and had the number of every entertainer in his head.

Apart from his sporting and dance floor expertise, Declan was a wonderful family man when the family first resided in Liogard, Portlaoise and then moved to Colt Cross in the middle of the country.

It was there on Thursday the family gathered to pay their final respects to a loving husband, father and doting grandfather. On Friday morning Fr Willie Hennessey welcomed the family and expressed the sympathy of the entire community who were still reeling from tragedy. Despite the present difficulties he was reassuring that the Parish was praying for the family who had suffered much bereavement in recent times.

As he looked down on the coffin draped in the Castletown colours Fr Hennessy said he realised how important Declan was to his family and also to the parish. He hoped they would continue to support the family in as much as was possible in these difficult and extraordinary times.

May the sod of Churchtown rest lightly upon his soul.