On this day 2010 – Lilies bring heartbreak in extra time 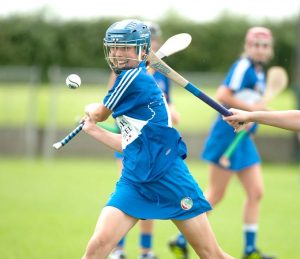 Even six points from Louise Mahoney was not enough to bring the Leinster title back to Laois Photo: Denis Byrne

LAOIS forced extra time at Celbridge on Sunday and almost snatched parity in this period but the final whistle came too soon and it was the Lily Whites who celebrated a famous victory.

This was a magnificent advertisement for the ladies game and the pity was there had to be a loser. But Kildare on their over all performance just about deserved their first championship success.

Laois got off to a promising start with three well taken points Sara Anne Fitzgerald followed by two from Aine Mahony before the seventh minute.

Kildare’s defence were under severe pressure but soaked it well and once they got out of their own half they always looked threatening. Ten minutes into the game the one player Laois had identified as a major threat, Susie O’Carroll signalled her presence with well struck point. Laois defence had been warned but before they counteracted it they were seven points in arrears.

To their credit they bounced back and a great move started by Eimear Delaney was finished to the net by Aine O’Mahony and suddenly Laois were back in contention.

Kildare then showed their powers of recovery. Just as they looked vulnerable they put a great move together and again it was the full forward Hurley who got possession and fed the in-running O’Carroll and the net bulged again. Now Kildare led by six and Ciara Tallon made it seven.

From the puck out Laois launched another attack and when Louise Mahony got possession she hammered home goal number two for the Laois girls to keep their hopes alive. Laois now produced their best hurling and in the space of five minutes shot three great points from Niamh Dollard, Aine O’Mahony and Fitzgerald to leave the home team in front 3-4 to 2-6 after a hectic opening half.

Laois had finished very strongly in the opening half and this was a boost after they had been turned inside out in that ten minute spell. The breeze favoured the home team on the restart but the opening ten minutes were dour compared to the opening half. Neither team would score for seven minutes until the Kildare forward Siobhan Hurley pointed from play.

The Mahony sisters combined for Louise to get a point back but then came the turning point of the game in the 38th minute. Laois were battling for an equaliser but the Kildare defence were not for turning until Fitzgerald got possession and fed an inch perfect pass to full forward Trish Cuddy. The experienced player bore down on goal with goal in mind but her brilliant shot brought a great save from the Kildare net minder Brid Byrnes and that was followed by a Laois wide almost immediately.

Midway through the second half O’Carroll pointed from a free and again Laois were guilty of two bad wides before O’Carroll pointed two close in frees to put four between the teams with seven minutes remaining.

At this stage it looked all over as Kildare were prepared to sit on their lead but Laois forced a 45 converted by Louise Mahony and instead of going for a goal Laois settled for points. Three in a row followed in a nail biting finish.

Aine Mahony landed a free after 56 minutes. Then a great score from midfielder Sharon Moylan with two minutes remaining further closed the gap.

And as the game entered injury time Louise Mahony plucked a high ball in midfield beat three defenders before sending over a magnificent equaliser. From the puck out Laois got possession but the final whistle sounded.

After some confusion the referee indicated extra-time. Laois again started very well and posted two great points from Eimear Delaney and Louise Mahony but after Kildare looked on the ropes they bounced back and again found a gap in the Laois defence. This time Mary Murtagh pulled first time after the defence failed to clear their lines and the ball shaved the inside of the left upright. This was killer blow because had Laois got to the break in front they were in with a great chance.

O’Carroll added two points from placed balls and Louise Mahony got one for Laois to leave the Lilies in front 4-10 to 2-14. Tired limbs dragged the two teams back for chapter four and Laois were dealt a cruel blow when substitute Olga Parkinson suffered a serious knee injury.

O’Carroll added another point from a free leaving three between two great sides. Laois sought a match winning goal but it simply did not arrive.

Louise and Aine Mahony reduced the margin to the minimum but the injury to Parkinson had upset the team and the time allowed did not match the amount of time for the injury. Laois had one final attack and won a free but too far out for Fitzgerald and the final whistle was greeted by utter devastation by Laois.