Running is more than just a sport to Richie 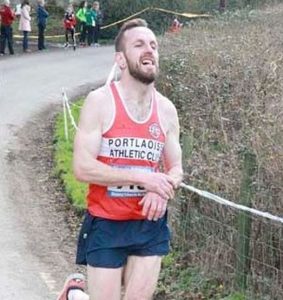 WHEN you cycle 22km and walk 14,000 steps in the course of your work each day, surely the last things you would want to do in your downtime would be to go running. Not so the case with Richie Reid. Not content with that, the affable Portlaoise postman will run anything between 45 and 60 miles a week, and that’s only for training.

Richie is no one of the most recognised runners in Portlaoise and rarely if ever misses a weekend away some place or other running for the enjoyment of it. Mind you that would not be a lot of people’s definition of enjoyment.

I first came across Richie some years back out in Portlaoise Rugby Club where he played for some time. Injury ended his time with the club and eventually led to him taking up running. That was after breaking his jaw in two places, which he understatedly admits: “that finished me with the rugby”.

“After finishing with rugby I messed around a bit with soccer and I did my knee in playing soccer. I was at a loss for a while and then got involved with the running because my wife Julieka did a bit of running. I signed up for the St Patrick’s Day race (The Streets of Portlaoise 5k) five years ago. I did fairly well in the race, 20 minutes for the 5km. That possible got the attention of one or two people and they asked would I go training with them,” explains Richie who will be 46 later this year.

“I went down to Portlaoise Athletic Club after that and it went on from there. I met the likes of Jimmy McCormack, Aengus Burke, Noel Marum, all those great people. I got into the training, got onto a few cross country teams and it took off from there and I got bitten by the bug.” 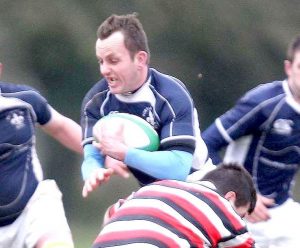 Richie may have been bitten by the bug but little did he realise just what an important role running would play in his life and that of his family down the road.

The change from team sports like rugby and soccer did little to prepare Richie for the sacrifices an athlete has to make.

“Most of the training you do is on your own. We might meet up at a race or on a Tuesday night but after that all the training is on your own which is mentally tough as well as being physically tough. And it has to be like that because with the running you only get out of it what you put into it. If you don’t put in the mileage when it comes to the crunch and you’re in that race you’ll be found out fairly quickly,” said Richie.

“It’s a very honest sport where you meet with very, very good people. It’s totally different to what I would have been used to when playing rugby. You wouldn’t be carrying too many pints when you’re into the running. When I was playing rugby I was touching on 13 stone, now I’m at about 11 and a half. I wouldn’t be much use on a rugby field now,” he joked.

“If a lad is starting into the running the first thing I’d say to him is ‘you have to have a goal’. Don’t miss two days in a row because if you do it is five times harder to get back out there, it’s like to get out of quicksand.

“There is no such thing as a bad runner. I’ve never come back from a run and say ‘I hated that or why am I doing this’. A bad week for me would be 45 miles. And I’d be an average runner. If you were going further up the ladder it could 60, 70 even 80 miles. I’d do anything from 45 to 60 miles which would be up there for my age group. For my age group you really have to do your strength and conditioning.”

One thing that Richie really loves about his sport is the people he has met over the years.

“I’ve met some really good people, people who don’t get recognised for what they do, people like Eileen Hayes, Aengus Burke and Noel Marum, they are doing tremendous work behind the scenes. And in the club we have the likes of Mary Mulhare and Anne Keenan Buckley who have performed and achieved at the highest level on the international scene, at European championships and even the Olympics.”

Richie never had any ambitions to run a marathon but his life and that of his family took a most horrific turn when Dinny, his and Julieka’s son, committed suicide in December 2016.

“Julieka did the first marathon and I went up to support her. I would tell anyone who didn’t really know what running was all about to go up and support the Dublin City Marathon. You would fall in love with running if you went up there. The atmosphere, the buzz, the camaraderie even between complete strangers, it is just something else. I then had a goal to beat the three hours (for the marathon) and that took a lot of work but I did it, I smashed it,” said Richie and you could sense the satisfaction in his voice.

After Dinny’ death Richie was lost, broken hearted but knew he had to get with life, not just for himself but for his wife and daughter.

“At the time I didn’t know what to do. I could go either of two ways – I could have fallen apart or do something about it. So I got into the running and tried to do a bit of charity work. I decided to do the marathon for Pieta House and I raised €4,500. That really helped us, gave us a focus, it got us through a very difficult time. Again, the honesty of people, people coming out to support you, people around at the clubs, around the community, they all rallied around us big time.

“It (Dinny’s death) was such a shock, such devastation. This was a chap who went to Haywood every day after work to train with the Laois minors, a really outgoing, bubbly chap, nothing to suggest what was to happen. I’d say to parents and the likes to always talk to their children, keep in touch because there is no big sign to suggest something is wrong. He was there one day and the next he was gone. There’s no reset, there’s no Plan B, there’s no come back. It’s real and it’s happening to people all around us. You think it’s not going to come to your house but when it does it’s just…….. I often wonder where we would be as a family if we didn’t do what we do.”

When I spoke to Richie at the weekend he had already done 52 miles this week.

“We’re lucky enough that we live out in Ratheniska and we can run up and down the road unhindered, there’s hardly any traffic. I finish around two or half two each day and I come home and do the homework (with their daughter Lily). My wife is home around 5.30 would be getting the dinner and I’d get my run in then. Julieka would get put for her run them. One of the best things about the running for me is that we can to a race as a family, we all do it and that is great.”

You sense that is very important for Richie.