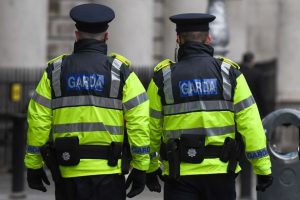 A YOUNG man has been charged with falsely claiming multiple Covid-19 unemployment payments in the midlands.

Aged in his late teens, the man has been charged with multiple counts of fraudulently claiming the weekly €350 Covid-19 payment in bogus names.

Gardaí have confirmed that he has been charged in relation to the investigation and is due to appear in court in June.

As reported in the Laois Nationalist yesterday, the man was allegedly receiving six separate Covid-19 pandemic unemployment payments into a bank account, in what are believed to be bogus names.

During a search operation, a sum of cash and counterfeit cash was seized. The man was arrested at the scene and was detained for questioning under Section 4 of the Criminal Justice Act, 1984.

Gardaí attached to the Garda National Economic Crime Bureau (GNECB), with assistance from gardaí on secondment at the Department of Employment Affairs and Social Protection (DEASP) carried out the search at a house in Mullingar, Co. Westmeath.

Gardaí said the search was carried out “on foot of intelligence” received from DEASP in relation to the fraudulent payments.

Gardaí have confirmed that the suspect has been charged and is due to appear before a sitting of Mullingar District Court in June.