Over 1,000 caught speeding on National Slow Down Day 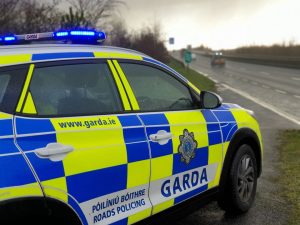 OVER 1,000 drivers were caught speeding on National Slow Down Day.

Gardaí say that 1,072 vehicles were detected driving at above the applicable speed limit, during the 24-hour operation that ended this morning.

National Slow Down Day, which ran from 7am yesterday morning until 7am today, consisted of high visibility speed enforcement in 1,322 zones around the country.

Gardaí and GoSafe vans checked the speed of 126,001 motorists within 24 hours. The vast majority were travelling safely and within the speed limits.

The top speed recorded was by a motorist doing 202km/h on the M50. Another driver on the M8 Cork-Dubin motorway was caught speeding at 201 km/h.

As the operation came to a close, gardaí urged all drivers to slow down and always abide by the speed limit, to help reduce the number of fatal and serious injury collisions on the roads.