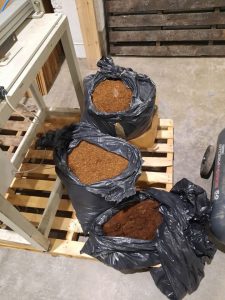 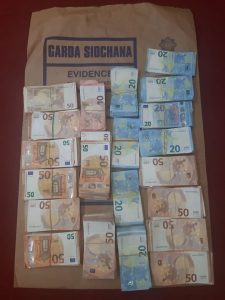 EIGHT million cigarettes have been seized in a joint cross-border operation involving gardaí and other agencies.

The massive seizure yesterday included a huge haul of cigarettes, tonnes of tobacco and about €100,000 in cash (pictured).

Laois TD and justice minister Charlie Flanagan said today: “The seizures yesterday, including eight million cigarettes, tobacco products to the value of over €2.7 million as well as fuel-laundering machinery and cash, represent a significant success for law enforcement on both sides of the border. I offer my thanks and congratulations to all those involved.”

Three men, aged 34, 37 and 55, were arrested in connection with the seizure, which involved seven searches in Armagh and the Carlingford area of Co. Louth. The searches were carried out at one business premises and six residential properties.

*Eight million cigarettes worth an estimated £3 million in lost revenue

*Approximately €100,000 in cash
*2.5 tonnes of raw tobacco product worth €1.55 million, representing a potential loss to the Exchequer of €1.24 million
*Over 1,900kg of hand-rolling tobacco packaged for sale, with a value of €1.2 million which represents a potential loss to the Exchequer of almost €947,500
*Equipment used for the manufacture of tobacco products
*One articulated lorry, one rigid lorry, two trailers and one van
*Mobile fuel-laundering machinery, which was concealed in the articulated lorry

Gardaí say that investigations are ongoing following the major seizures.