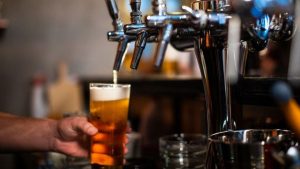 Publican representatives in Laois have welcomed the Government announcement that pubs can reopen on Monday 20 July.

Pubs that serve food can reopen on Monday 29 June.

Both the Vintners Federation of Ireland (VFI) and the Licensed Vintners Association (LVA) said that the new date will come as a “major relief” to the pub sector in Laois and across the country.
Both organisations also welcomed the commitment made by the Chief Medical Officer, Dr. Tony Holohan that the National Public Health Emergency Team will develop guidance for the hospitality sector in the coming days and that a review of the two metre social distancing requirement is being undertaken by Secretaries General across different Government Departments.

The VFI Chief Executive Padraig Cribben described teh news as “a welcome shot in the arm for publicans who will have been closed for more than four months by the time they reopen on 20th July. Pubs were the first sector to close on 15th March, a decision our members supported for the good of public health.

While the LVA Chief Executive Donall O’Keeffe said: “After a prolonged period of uncertainty pubs who serve food are relieved to finally receive the green light from Government that they can definitely reopen along with restaurants on 29 June.”