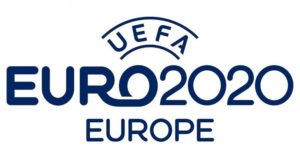 UEFA have confirmed that Ireland’s Euro 2020 play-off game with Slovakia has been set for Thursday 8 October.

Victory in that game would see Stephen Kenny’s side take on the winners of Northern Ireland and Bosnia Herzegovina on Thursday 12 November.

If Ireland win that play-off final they will qualify for next summer’s European championships which have been deferred from this summer as a result of the coronavirus.

There would be the added bonus of Ireland then playing two of their group games in the Aviva Stadium.