GAA ready to speed up return to play 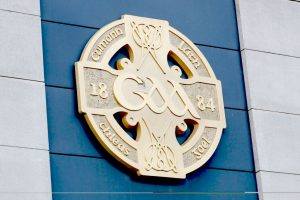 The GAA are prepared to speed up their return to play protocols providing they receive further positive news from the Government according to a report in Tuesday’s Irish Examiner.

As plans for the inter-county championships are set to be released next week providing the country moves onto phase three of reopening society, the GAA might be in a position to reopen pitches ahead of the scheduled date on Monday week.

Even if it is decided to stick with the original plan, the return of contact training could yet be brought forward from 20 July.

The news follows clarification at the end of last week that clubs will not be expected to take the temperatures of players, while the questionnaire need only be completed once, not every time a player/official arrives at the club grounds. A webinar on the precautions now required in clubs was provided by GAA officials on Tuesday evening.

Speaking at the launch of the GAA’s return to play roadmap last Friday week, president John Horan acknowledged the plan could be accelerated to reflect the Government’s easing of restrictions. The two-metre social distancing remains a hurdle although there are growing hopes that will be eased in the coming week or two.