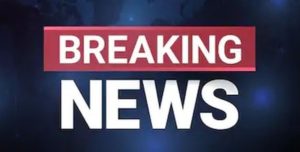 THE organisers of last Wednesday’s protest march over of the loss of 30 jobs and the closure of Portlaoise Leisure Centre has announced that “there will be no organised protest” this coming Monday at Laois County Council’s meeting in the Dunamaise Arts Centre in Portlaoise.

PLC Staff Public Demonstration announced on its Facebook page this morning : “There will be no organised demonstration this Monday.”

When asked what would be the next move in the campaign, one of the organisers of last week’s march, Ben Smith, informed the press on the day that there would be a protest at the arts centre.

When contacted by the Laois Nationalist inquiring the reason for Monday’s protest cancellation  Mr Smith said: “We haven’t closed the door on another demonstration, yet. We are hoping to have a meeting to discuss the future of the centre.”

Asked had any talks taken place, since last Wednesday’s protest march, between his group and Laois County Council, Mr Smith said: “I have no comment to make on that.”