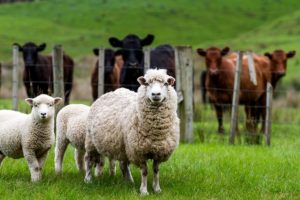 THE Irish Cattle and Sheep Farmers Association (ICSA) has welcomed the appointment of the new Minister for Agriculture Barry Cowen.

Congratulating Minister Cowen the ICSA president Edmond Phelan said that his organisation is looking forward “to forging a strong working relationship with him with a focus on delivering economic sustainability to cattle and sheep farmers along with environmental benefits to all.”

Mr Phelan said: “First and foremost, the Minister must deliver total transparency in the food chain and ensure that neither processor nor retailer can abuse their dominant positions. To this end ICSA is insisting the promised Food Ombudsman is installed without delay. Farmers are continuously striving to be more efficient but every incremental gain in efficiency is stolen by an unregulated processing and retailing sector driving down farmgate price, and this must change.”

Mr Phelan said: “A new REPS type scheme is also a must. ICSA is calling for a trebling of the current GLAS budget to facilitate such a scheme, given the numbers of farmers it would hope to attract. An annual budget of €750m, or three times the current GLAS budget, would be the minimum required. It is no longer acceptable to expect farmers to do more on climate change without the resources to do so.”

“ICSA is adamant that a suckler based application for EU Protected Geographical Indication (PGI) is vital for the survival of that sector. Suckler beef must be developed and promoted as a special high value product, and ICSA will be vigorously opposing the inclusion of all beef in the pursuit of such a protected status.

“A new and improved Sheep Welfare Scheme must also be a top of the agenda for the Minister. The scheme is coming to an end and we must have something in place to replace it. However, it is clear the funding will need to be significantly increased from 2021 onwards. The sheep sector has not been supported enough and viability within the sector has become a major issue and can no longer be ignored,” said Mr Phelan.