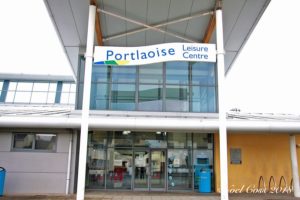 PORTLAOISE Leisure Centre will definitely reopen to the public.

That was the solid reassurance given by Laois County Council chief executive John Mulholland today, at the monthly county council meeting.

Mr Mulholland said the council is working on the possibility of aligning with a voluntary not-for-profit company, to come up with a plan for the centre.

He said: “We are working on that possibility at the moment, to see what the best arrangements are. It would see a new management and governance structure at the centre.”

Mr Mulholland also stressed that there was no question whatsoever of privatising the leisure centre, which is facing a €300,000 loss this year and has broken even in just one of the past seven years. He said the council never envisaged privatisation of the centre, which in any case was “not viable or attractive” to a private entity.

He said: “I’m ruling out closure. It is a fabulous asset and outsourcing is not on. It will more than likely be licensed under a not-for-profit company. There will be no outsourcing to private entities under any circumstances.”

The chief executive said that Covid-19 hit the already struggling leisure centre “like a meteorite”. He said: “It was no one’s intention to close it. It has been closed by a global pandemic.”

During a lengthy debate about the closure of the centre, which brought hundreds onto the streets of Portlaoise in a protest two weeks ago, Mr Mulholland said the liquidator is currently carrying out a review which will come before councillors when it is completed.

He said that, while he could not give a definite time-frame, Portlaoise Leisure Centre will reopen as soon as possible on a phased basis, starting with the soccer pitches, then the gym and finally the swimming pool. The pool will take longer to reopen, not only because of more difficult social distancing requirements but also because a range of repairs are needed, particularly to a leaking roof.

Mr Mulholland added that lesiure centres all over the country needed government funding, along similar lines as the arts and he hoped the new Government would come up with a support scheme for the sector.

Cllr Caroline Dwane Stanley said there was huge anger among the public and the 30 staff who lost their jobs, adding that she was glad the privatisation issue was “put to bed, with a clear commitment from the chief executive”. She wanted to know whether the 30 staff would be reinstated under a new plan.

Mr Mulholand replied: “There are skilled, talented and experienced people working there and they will be employed by any voluntary company that comes in. I cannot say when the leisure centre will reopen but it will.”