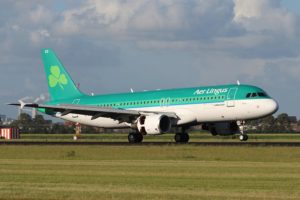 A FINE Gael councillor has suggested that a commercial airport should be constructed in Laois.

Cllr Aisling Moran says the county is ideally located for a commercial airport and the idea should be seriously considered.

The Killeen-based councillor said: “We should look at constructing a commercial airport in Laois. We have an ideal strategic location right in the centre of the country. We would attract huge investment and new companies and jobs to Laois if we had an airport here.”

Cllr Moran also suggested the establishment of a PPE (personal protective equipment) factory in Laois, as both county and country are importing “huge amounts” of PPE which could be manufactured locally instead.

During a wide-ranging debate on the plan, which is currently at the pre-draft stage, Cllr Moran said there should be a digital working hub in every village in Laois, particularly as Covid-19 had highlighted the importance of being able to work from home

She also supported a proposal in the plan for provision of log cabins for social housing, which she said could accommodate three or four families for the same price as one traditional housing unit.

Cllr Paddy Bracken (FF) agreed, as he said log cabins were cheaper and quicker to construct and a lot of families could be accommodated in their own backyard.

A presentation on the 2021 – 2027 draft County Development Plan was given by senior planning officer Angela McEvoy, who said there have been 62 submissions from the public and a variety of organisations. The plan will go through a series of stages before going out to public consultation.