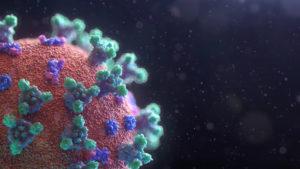 LAOIS had only six new confirmed Covid-19 cases during the entire month of June.

As the month draws to a close tonight, the county’s total remains at 265 or just 1% of cases nationwide.

The total number of confirmed coronavirus infections in Laois was 259 on 1 June. There was no rise in the county’s figure again today, leaving the total at 265 since the pandemic began four months ago.

The highest daily number of cases recorded in Laois was on Sunday 19 April, a week after Easter Sunday, when the number of infections in the county rose by 21 in a single day.

After a small daily rise up to 9 April, the number of cases reported in Laois rose sharply into double digits from Good Friday 10 April until Monday 20 April, when the numbers began to decline into single figures again. That was also the week of the highest death toll in the county when ten people tragically died from Covid-19, including eight patients at the Maryborough Centre in the St Fintan’s Hospital campus, Portlaoise.

Only five other counties have lower Covid-19 rates than Laois. Neighbouring Offaly, which has a slightly smaller population, has a total of 483 cases, making up 1.9% of the national total.

National figures announced this evening show one death and 11 new cases today. The national death toll stands at 1,736 since the pandemic began, with total cases at 25,473.

All statistics were measured at midnight on Sunday 28 June.

Chief medical officer Dr Tony Holohan said this evening: “Today marks six months since the WHO first received reports of what we now know to be Covid-19. Since then, there have been 10 million cases and 500,000 deaths reported worldwide.

“We know more about this virus and how to limit its spread than we did six months ago. It is very important that we keep up the national effort to reduce the impact of this disease in our country.”