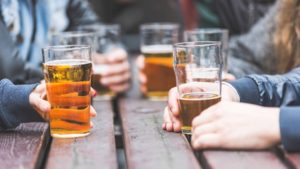 GARDA inspections of pubs under Covid-19 guidelines will start tonight.

The initiative called Operation Navigation will get underway throughout the country from 7pm.

Gardaí said today that the operation follows “concerns from Garda management, the public and industry representative bodies” that some licensed premises and customers have not been obeying the guidelines, since the re-opening last Monday.

Gardaí said there have been “numerous reports” nationwide of people staying in pubs beyond the 105-minute limit, as well as reports of pubs not insisting on a substantial meal being served to customers.

The guidelines are that only pubs that serve food can be open and people must buy a meal worth at least €9, social distancing must be observed and customers may not stay for longer than 105 minutes.

In a statement this evening, gardaí said: “An Garda Síochána has today given an operational order to all local Garda managers that licensed premises in their area are to be checked for adherence to The Health Act 1947 (Section 31A-Temporary Restrictions) (COVID-19) (No.3) Regulations 2020”

“However, it now appears that – just a few days after their introduction – some licensed premises and their customers are ignoring the public health guidelines. By doing so, they are putting themselves and everyone they then come into contact with at risk of getting Covid-19. This is not acceptable and we are now expanding our planned checks.”

Where potential breaches of the Public Health Regulations are identified and where a person does not comply with the regulations, a file is submitted to the Director of Public Prosecutions for a direction on how to proceed.

In addition, under liquor licensing laws, licensed premises require a declaration of suitability from a member of An Garda Síochána in order for its liquor licence to be renewed.

Gardaí have not been given additional powers to close pubs deemed to be in breach of the guidelines. However, they can use public order laws to ensure compliance.

In the statement, An Garda Síochána warned that licensed premises will be inspected “to ensure public order is maintained”.