Stradbally B team cause a major upset on their travels 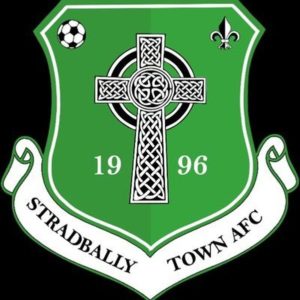 STRADBALLY Town B team got their campaign back under way with a trip to league leaders Killeigh. On paper this was the worst possible game Stradbally could wish for after the long lay off but they caused a huge upset by beating the table toppers.
Stradbally started on the front foot and played some lovely football, spraying the ball around the pitch, which was in immaculate condition.
The visitors made the breakthrough in the 20th minute as the brilliant Sean Devoy received the ball into his feet and played a delicious pass into Derek Gorman to slide it past the helpless Killeigh goalie.
As league leaders do, the home side responded to the Stradbally goal brilliantly but still couldn’t find the equaliser before the break, with the away side going into the break with a slender advantage.
The halftime break didn’t affect Killeigh’s momentum as they continued to search for the equaliser but the Stradbally defence stood firm for long periods of the second half.
Killeigh must have thought they equalised only for an intervention from Colm Clancy who made a goal line clearance.
The equaliser did arrive in the 80th minute as Killeigh were awarded a penalty and dispatched it to level up the game.
Both teams went in search of the winner and it was Stradbally’s Richie Carolan who got it when he took a pass from John Clancy 25 yards out and smashed the ball into the top corner to bring the three points back to Stradbally.