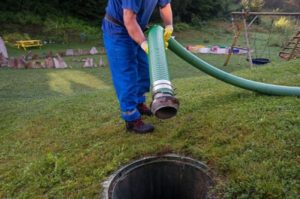 ‘The duty of care cannot rest solely with the homeowner’

ACCORDING to a new report from the Environment Protection Agency (EPA) 29% of septic tanks tested in Laois failed inspection last year.

Following the release of the report Ireland Waste Water (IWW )criticised the EPA for not doing enough to uphold standards of Irish domestic water systems.

It has now called on the Government to roll out an awareness campaign on grant support and nationwide training programmes for homeowners and planning authorities.

In a statement Mary Mulcahy from IWW said: “The costs to public health are just too great to ignore. More than one in every four domestic waste water treatment systems nationwide inspected in 2019 were a risk to human health or the environment. Even though the stakes are so high when it comes to public welfare and environmental protection, there is very little accountability.

Ms Mulcahy said: “The statistics in the EPAs most recent report are stark. They are a testament to the fact that not enough is being done on building awareness of the problems and supports that are available to uphold standards. On top of this, testing is not as rigorous as it needs to be to ensure access to clean water.”

She said: “The EPA suggests that greater engagement is needed from local authorities. While this might be the case, we must first address exactly why they are not currently engaged to a greater degree. One of the major challenges is that local authorities, engineers and homeowners themselves are ultimately responsible for maintaining these standards on a daily basis, yet neither has enough knowledge or know-how to do so”.

Ms Mulcahy said: “The duty of care cannot rest solely with the homeowner, because this is the current state of play and we can see from this report and others before it, that there are far too many domestic waste water treatment systems not meeting the standards – and the cost to the public and the environment is just too great to ignore. The potential for environmental pollution and a negative impact on the health of the nation is great and, as contamination of water could have disastrous consequences for those affected, these issues need to be dealt with the gravitas they deserve.”

Portlaoise Court: 21-year-old threatened to kill or cause serious harm