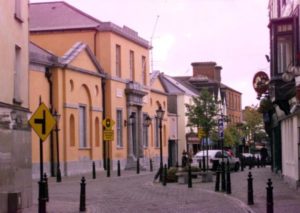 A LAOIS couple charged with money laundering has been sent forward for trial to Portlaoise Circuit Criminal Court.

Both in their early 30s, the husband and wife face multiple charges of money laundering between 2016 and 2018. They were served with books of evidence at Portlaoise District Court yesterday morning.

The husband and wife, who are both on bail, were returned for trial to the next circuit court sittings in October 2020.

Read full details of this and other cases from Portlaoise District Court in the next edition of the Laois Nationalist, in shops on Tuesday 4 August and in our e-paper