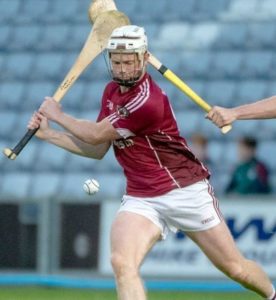 THE third of this year’s senior hurling championships followed the trend of the first two with the outcome in doubt right up t the final whistle.

After a tit for tat opening half Ballinakill looked to have taken control on the restart. With Eamon Jackman on fire, splitting the posts from every angle and distance, and from frees and play, Ballinakill had opened up a seven point gap by the 12th minute of the new half.

It looked like last year’s intermediate champions, Rosenallis, were to be punished for their wayward shooting in the opening half. But hey had other ideas and clawed their way back into the game and probably deserved their unanticipated draw.

Their big break came 58th minute when Fiachra C. Fennell drove a rasping shot to the back of the Ballinakill net.

They were to land the next three points and take the lead but three minutes into injury time up stepped the unflappable Eamon Jackman to level affairs with his 12th point of the game ensuring the spoils were shared.

Few would have predicted how this game would unfold. Abbeyleix had just avoided relegation last year and there was nothing to suggest it would be any different this year.

That view changed soon after the throw-in. By the end of the first quarter they had rattled off line points and lead by six. And even when Conor Phelan scored a goal for Castle town it did little to curb Abbeyleix’s enthusiasm. With Eoghan Fennelly in impeccable form from placed balls, ending the game with 10 points, Abbeyleix continued to dominate.

Their only blip came with half time approaching. When Castletown’s Joe McCormack received a straight red card in the 26th minute it spurred on his team mates who finished the half with a flurry of point leaving the scoreboard reading Abbeyleix 0-13 Castletown 1-9 at the break.

But normal service was resumed on the restart with Abbeyleix rattling off the points and there was only going to be one result by the time Ciaran Byrne found the net for Abbeyleix in the 58th minute.