Travel ban for countries with high Covid-19 rates being considered 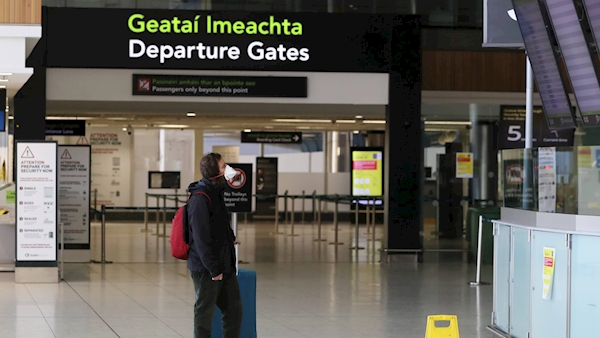 The Government looks set to ban all non-essential travel from countries with high rates of COVID-19.

According to today’s Sunday Independent, under new proposals from the Department of Health, visitors arriving here from hotspots including the United States and Brazil will be put on a so-called “red list”.

A spokesperson for the Stephen Donnelly told the paper that the Minister for Health is keen to make it clear the proposals would not make any changes to the current green list system that, which is reviewed every two weeks.

Yesterday, The Irish Times reported that the State’s public health team has asked the Government to consider implementing a ban on non-essential travel from countries with high rates of Covid-19.

n a letter to Government, the National Public Health Emergency Team (NPHET) said it had previously recommended mandatory quarantine for all passengers travelling to Ireland from overseas.

“While this remains NPHET’s preferred recommendation, if this is deemed unworkable or disproportionate, the NPHET again recommends that consideration is given to the introduction of a travel ban on non-essential travel for those countries with particularly high incidence rates.”

Currently, there are no travel bans, or “red list” of countries from which visitors would be prohibited. Rather, passengers from all countries, except those on the “green list”, are advised to self-isolate for 14 days on arrival.

The approach would align with the approach adopted by other EU countries.

Meanwhile, New Zealand has marked 100 days without a domestic transmission of the coronavirus on Sunday, but warned against complacency as countries like Vietnam and Australia which once had the virus under control now battle a resurgence in infections.

New Zealand’s successful fight against Covid-19 has made the Pacific island nation of five million one of the safest places in the world right now.

New Zealanders have returned to normal life, but authorities are concerned that people were now refusing testing, not using the government contact tracing apps, and even ignoring basic hygiene rules.

Community vaccination will begin in February, despite supply disruptions