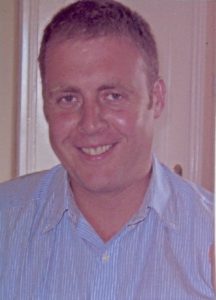 Detective Garda Adrian Donohoe, who was fatally shot in Bellurgan (near Jenkinstown, County Louth) on 25 January 2013 during a robbery by an armed gang of five people on a credit union’An Garda Síochána acknowledges the Capital Murder Conviction of Aaron Brady today Wednesday 12 August 2020 for the murder of Detective Garda Adrian Donohoe during the robbery at the Lordship Credit Union, Co Louth on the 25 January 2013

Detective Garda Adrian Donohoe was carrying out his duty, protecting the people of County Louth when he was shot and murdered in the course of a robbery.

Today’s conviction clearly demonstrates the commitment and tenacity of the investigation team based at Dundalk Garda Station supported by the wider organisation.

This criminal investigation remains live as other suspects remain to be brought to  justice before the courts.

An Garda Síochána appeals to any person with any information with respect to the murder of Detective Garda Adrian Donohoe to come forward to detectives with that information.  The investigation team can be contacted at at Dundalk Garda Station 042-9388400 the Garda Confidential Line 1800 666 111 or any Garda Station.

Very much today our thoughts are primarily with Adrian Donohoes family.

We in An Garda Síochána will continue to support the family, and the friends and colleagues of Adrian within the wider organisation.’