Taoiseach to have first face-to-face meeting with Boris Johnson 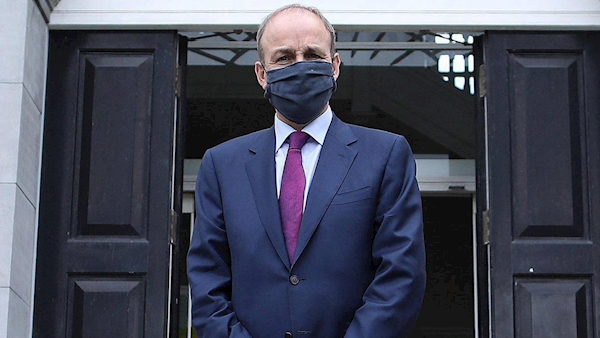 Taoiseach Micheál Martin is set to meet his British counterpart, Boris Johnson, for their first face-to-face discussion since the Fianna Fáil leader took on the role.

The meeting will take place at Hillsborough Castle in Co Down later this morning.

Covid-19 is expected to top the meeting’s agenda, as yesterday saw confirmation that the UK, the Republic’s nearest trading partner, had officially slipped into a recession.

An update on Brexit is also expected, with both the EU and UK frustrated by a lack of progress since future trade talks began in earnest in mid-March.

The meeting is due to round off with a focus on bilateral relations between Dublin and London, with a press conference later in the afternoon.