Looking ahead to tonight’s football games 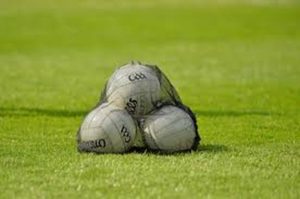 After last night’s round when all results were very much as expected, will it be a similar scenario with tonight’s two senior games – Portarlington v Stradbally in MV Hire O’Moore Park and Emo v Killeshin in Ratheniska.

Despite Portarlington being the bookies favourites it is hard to say how this game will pan out. Portarlington certainly have come on in leaps and bounds and made it to the last four last year.

Wins against The Heath, Ballyroan Abbey, and Graiguecullen gave them a semi-final meeting with Portlaoise whom they ran to just two points. But they don’t always handle the favourite’s tag comfortably.

On the face of it Stradbally should be total outsiders having just evaded relegation last year. It is rumoured their preparations under new manager Greg Ramsbottom have been going well but it is still hard to see them coming away with a win in this game. We will just have to wait and see how they progress later in the championship.

The Carlow border club were the real surprise of last year making it all the way to the final, something no one would have predicted. Some would say they had it handy along the way when beating Stradbally, Arles Killeen, Ballylinan and Ballyfin. Two of those, Stradbally and Ballyfin, just about survived in the senior ranks having battled it out in the relegation playoffs.

That said they still put it up to Portlaoise in the final only losing by a single point in the end.

Emo’s only win last year came against Stradbally in the second round losers group having lost to Ballyroan Abbey in round one. They exited the championship after losing to Graiguecullen in the third round and I expect them to take the scenic route again this year.

In the IFC two of last night’s senior winners will face up in Mountmellick.

Portlaoise reached the semi-final of this grade last year but suffered a heavy defeat at the hands of eventual title winners Rosenallis.

O’Dempsey’s are newly promoted after winning the junior championship last year and might find the step up a bit much to cope with.

This should be a very interesting contest between the two neighbours. The game fell by the wayside a couple of week’s back after Timahoe conceded after two of their players tested positive for Covid-19.

They have gotten a reprieve but on the face of it have a difficult task ahead. They just about avoided relegation last year, something unthinkable for a club like this.

On the other hand Crettyard were relegated, but from the senior ranks and they will be determined that tonight will be the first step in making an immediate return to senior