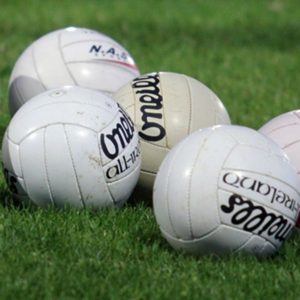 The last games in the opening round of this year’s senior football championship will take place tonight with Arles Killeen taking on Graiguecullen in MV Hire O’Moore Park and Arles Kilcruise opposing The Heath at Stradbally.

This was the first game to fall by the wayside when the partial lockdown was called and the county board called a halt to the game just hours before it was due to be played.

The outcome of this game is hard to predict but if you believe the bookies Killeen haven’t a snowball’s chance in hell against a side the bookies have joint third favourites to win the title. That in itself might be a tad optimistic.

Arles Killeen were locked in a relegation battle last year and only survived after beating Crettyard in the semi-final after the Kilkenny border club had beaten them in the opening round.

Once again last year Graiguecullen flattered to deceive. They promised much beating Ballyfin and Emo, losing to O’Dempsey’s before making a quarter-final exit at the hands of Portarlington after a replay. That said, I still expect them to have too much for Killeen.

The last game of the opening round sees the coming together of Arles Kilcruise and The Heath. This too is an extremely hard game to predict given that both were involved in the relegation scrap last year.

Arles Kilcruise ensured their continued status when beating Crettyard by four points in the relegation semi-final. On the same day The Heath lost to Stradbally but then put in their best display of the year to send Crettyard crashing into intermediate.

The Heath have introduced a number of younger players into their set up and this might just prove to be the difference against an aging Arles Kilcruise outfit who look yet again to the likes of Ross Munnelly and Chris Conway for inspiration.

Verdict: The Heath, just about.