Second round draw serves up some mouth-water encounters 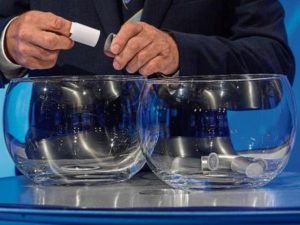 The draw for the second round of the senior football championship threw up a number of very enticing contests.

The most mouth-watering pairing has to be surely that of very close neighbours Arles Killeen and Arles Kilcruise in the qualifiers section.

The pick of the second round games could quite possible the meeting of another set of neighbours, Emo and O’Dempsey’s. Both looked very impressive in round one.

Also in the qualifiers group you have Killeshin taking on Courtwood and it would be some twist of fate in last year’s finalists became involved in a relegation battle. Similarly one of either Stradbally or St Joseph’s will be caught in a survival fight.

In the intermediate championship, Crettyard will play the winners of O’Dempsey’s and Portlaoise while the other winners group game will pit Clonaslee/St Manman’s againt The Rock.

The second round games in the senior and intermediate championship will take place bwteeen Thursday 3 September and Sunday 6 September.