A mighty shock as Camross crash out & a demolition of Castletown 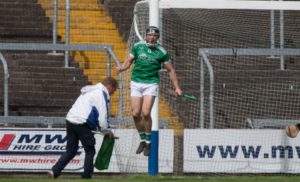 In the second game on MW Hire O’Moore Park on Sunday afternoon Rathdowney/Errill did not just beat Castletown, they totally demolished them winning by a staggering 30 points.

The clash of these Slieve Bloom neighbours was their first at senior level in over 20 years and both sides will remember it for different reasons. Last year’s intermediate champions were making their second senior appearance here having drawn level with Ballinakill in the opening round and on Sunday defeated their opponents for the first time ever at senior level.

Camross on the other hand will remember this for different reasons, first it was their third successive defeat at headquarters and defeat means they will not contest the knockout stages for the first time since 1999.

One would have to go back to the record books to see when a team last put up a score of 3-30 in a senior championship game. And in addition to amassing that huge score also restrict the opposition to just nine points.

From the moment James Ryan got his and Rathdowney/Errill’s first goal early on the writing was on the wall. The winners had a healthy 10-point lead at the end of the first quarter and by half time led by 2-16 to 0-5, by which stage Castletown had been reduced to 14 men.

From there to the end Rathdowney/Errill had surely one of their most comfortable half hours of hurling and looking for a semi-final place.