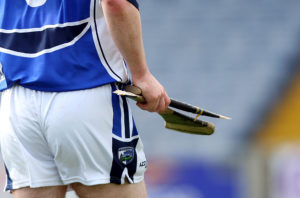 Saturday night’s game both turned out to be very one sided affairs that saw Borris/Kilcotton the first side to claim a semi-final spot in the senior championship. Unfortunately, on the face of it, both of today’s games could turn into similar one-sided contests.

Not a familiar pairing even though they are neighbours. Their last meeting was a thrilling quarter-final meeting 27 years ago when it ended 3-13 to 3-10 and Camross went on to regain the title.

A lot of water has gone under the bridge since but Rosenallis are back in senior hurling. Five years ago they won the intermediate and went to senior B. They were relegated but earned to right to play senior beating the Harps in last year’s decider.

Their first round clash with Ballinakill produced some great scores and some fine hurling. Rosenallis showed how much they have learned in recent years. Having looked nervous in the early stages and squandered chances, they settled and played their own game. With five minutes remaining they trailed by five points but refused to go away. They did not make the mistake of going for goals but did get a good one just at the right time that gave their confidence a boost and then took the lead only to be hauled in and left with a share of the points.

They have some great talent and will hardly fear the former champions who were far from their best in losing to Borris/Kilcotton but now realise the game is up and need a big game.

This could be the game of the round with the experience Camross of getting out of tight situations they might need it all by full time.

Nothing only a comfortable victory for the reigning champions is on the cards here judging on first round performances. It is years now since Castletown secured a victory over the neighbours across the bridge.

In round one Castletown recorded a low total. Their cause was not helped by losing a player for the entire second half and although the player felt hard done and this was his senor debut it did not seem to affect the team for a while. However, it did encourage Abbeyleix to drive on.

Castletown have produced good young talent in recent years and last year they made a bold bid to unseat their neighbours beyond Holy Cross. Now both find themselves in similar position.

Castletown have not reached a semi-final for years and the removal of the quarter-final this year will not benefit any first round loser. What did the powers that be achieve by changing the system? Listening to other counties’ take on the removal of quarter-finals they believe in a county trying to promote the game. It serves no purpose to cut the number of championship games.

Only four can make the semi-finals but in Castletown’s case the odds are really stacked against them. With small numbers they now must find a replacement for the suspended player. Either way they would hardly challenge the champions but at least they could have something to play for in round three.