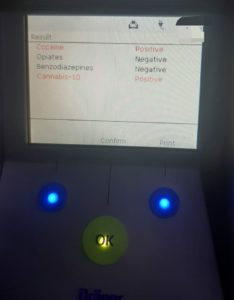 The drug test showing a positive reading for cocaine and cannabis, after a driver was stopped near the Slieve Blooms

A DRIVER who was stopped by gardaí near the Slieve Blooms tested positive for both cannabis and cocaine.

The driver was arrested at the scene and the car was seized following the incident, which happened during the night between Thursday and Friday.

Gardaí on traffic patrol stopped the car on the Offaly side of the Slieve Blooms, on the road leading to Kilcormac.

A roadside drug test proved negative for opiates and benzodiazepines but was positive for cocaine and cannabis.

The car was impounded and the culprit was arrested for driving under the influence of drugs. A court prosecution will follow. 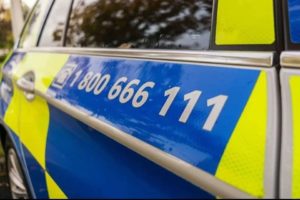 Laois off the list today with 430 new Covid cases nationwide