Do Laois people turn a blind eye to locals who have passed away? 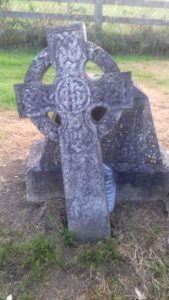 The damaged and unnamed headstone in St Joseph’s Cemetery that Bobby Delaney used as an example  to point out why they should be restored and maintained in cemeteries in Mountmellick.

‘It’s important that local people are remembered. They were part of the town, of what built the town and their communities and should not be forgotten about.’ – Bobby Delaney.

A question posed on Facebook two years ago by a former Mountmellick Town Councillor has spurred a committee into place to address the issue of unattended, unnamed and damaged old gravestones and graves.

The question posed by Bobby Delaney was, “do we turn a blind eye,” on the issue of the maintenance of cemeteries?

It’s been over two years since Mr Delaney took to his Facebook page citing an example and posting a photograph of an unnamed damaged headstone he came across in a cemetery in his hometown.

At that time Mr Delaney wrote: “St Joseph’s Cemetery in Mountmellick is kept to a very high standard thanks mainly to a very good voluntary committee.”

But he wanted to know: “Who is responsible for a small number of headstones that are damaged, knocked over or simply falling apart due to age and lack of upkeep with no living relatives?

Mr Delaney said: “The people buried in damaged graves are very much a part of our community. Do we turn a blind eye?”

When the Facebook item was reposted last week, a number of suggestions followed on how the matter could be addressed.

One person said: “Good point Bobby. Hopefully something can be done. If there were grants available I feel that our community would give an extra hand. Also, my big concern is the section for patients of the old St. Vincent’s hospital. So sad to see such a small little head stone and nobody knows where it starts or finishes.”

Another wrote: “I do not agree with Laois County Council. These people are part of our past. We owe something to them. County Hall wake up.” 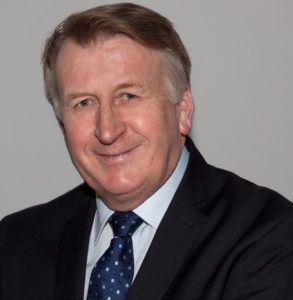 Mountmellick man Bobby Delaney is  hoping to form a committee to restore and maintain old and damaged headstones in local cemeteries with the assistance from Laois County Council.

Arising for the item being reposted Mr Delaney was contacted directly by a number of interested people locally with the intention of forming a committee to approach the council on the matter.

Speaking with the Laois Nationalist Mr Delaney said: “I have been onto the council over the issue for the past number of years. I was approached last week by a lot of people my age who expressed a similar opinion to me that it would be a good idea to try and find out the names on the gravestones.

“There is a register of graves that can be accessed through the Parish website that gives some indication of who is buried where in the cemetery. But a number of gravestones are missing or are ineligible.

He said: “We are hoping that when we form the committee we can then approach the cemetery committee with our ideas and they too will be able to work along with us in encouraging the council to assist us in some way.

“There’s a lot of history connected to people’s names. A couple of years ago a young chap came to me to show me a trophy that his basketball team had won. It was the Ivor Holohan trophy. I told the young lad that he was a brilliant player in his time, but the young lad just stood there looking at me and said, I never heard of him. It’ll probably be the same in a few years time when young people won’t recognise the name of the greatest soccer player Ireland ever produced George Best.

“It’s important that local people are remembered. They were part of the town, of what built the town and their communities and should not be forgotten about. It is only fitting that they are remembered for as long as possible and acknowledged for their contribution to the life of Mountmellick over the years.”