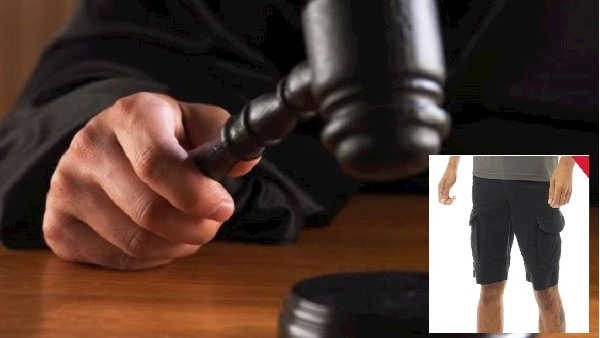 A 32-year-old woman escaped a jail term for breaching Covid 19 travel restrictions when she boarded a bus in Limerick to go for a walk on the prom in Salthill in Galway with her then boyfriend.

At Ennis District Court, solicitor for Denise O’Keeffe, Daragh Hassett stated that his client “just wanted a few hours away” from home when she boarded a Galway bound bus in Limerick to breach Covid 19 travel restrictions during ‘lock-down’.

Mr Hassett stated that his client’s intention when getting on the Bus Eireann bus was to walk the prom in Salthill in Galway with her then boyfriend and then return home to Limerick.

At Ennis District Court on Wednesday, Mr Hassett said that Ms O’Keeffe is a full time carer for her mother who is a wheel chair user and Ms O’Keeffe hadn’t left the house since Christmas apart from visits to her father who lives nearby.

In the case, Judge Patrick Durcan imposed a €100 fine on Ms O’Keeffe of Ballynanty Rd, Limerick after she pleaded guilty to breaching Government health regulations aimed at preventing, limiting, minimising or slowing down the spread of Covid 19 at Portdrine, Cratloe in south east Clare on April 15th last.

Sgt Aiden Lonergan stated that Ms O’Keeffe was found on a Bus Eireann bus at a Garda checkpoint.

The checkpoint was in place as part of the Garda Operation Fanacht aimed to halting the spread of Coronavirus across the country during ‘lock-down’.

Sgt Lonergan stated that the penalties on conviction are a prison term up to six months and a fine of €1,500.

Solicitor for Mr Desmond, Tara Godfrey told Judge Durcan that Mr Desmond was unable to attend court as he has suspected Covid 19 and is currently awaiting test results.

Imposing the €100 fine on Ms O’Keeffe, Judge Durcan said that his approach is to impose severe penalties concerning Covid 19 breaches.

However, Judge Durcan stated that Ms O’Keeffe’s breach in the circumstances outlined is at the lower end of the scale.

Judge Durcan stated that at the time, the country was in a very serious state and was very concerned.

Judge Durcan stated what Ms O’Keeffe did was very imprudent in the extreme.

Mr Hassett told the court that Ms O’Keeffe panicked when she told Gardai that she was on her way to see a sick relative in Galway.

Community vaccination will begin in February, despite supply disruptions