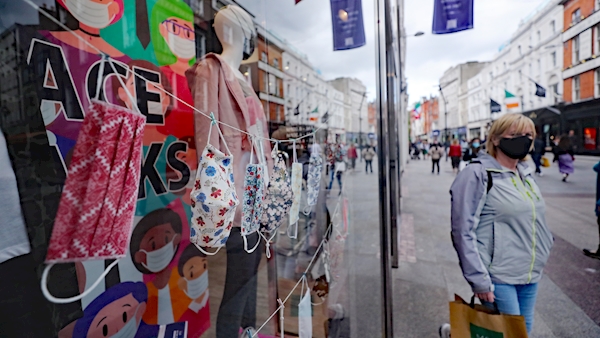 Dublin is likely to move to Level Three of the country’s Living with Covid-19 plan by the weekend.

The Government has decided to hold two unscheduled meetings on Friday, triggering the likelihood that Dublin is set to be elevated to a higher level of restrictions, according to the Irish Times.

The National Public Health Emergency Team (NPHET) is set to hold its weekly meeting tomorrow to discuss the spread of the virus around the country and to formulate “key recommendations” for Government.

If the numbers continue as they have been, this is only going one way.

The Cabinet sub-committee on Covid-19 chaired by Taoiseach Micheál Martin will then meet on Friday to discuss the latest report from NPHET, reliable sources have informed the Irish Times.

A full Cabinet meeting will then be held on Friday afternoon to place Dublin on Level Three of the five-level plan if the NPHET conclusions are negative, with a Government source telling the paper “if the numbers continue as they have been, this is only going one way.”

It comes as the Government has come under scrutiny for deciding to place the capital on Level Two of its plan with the remainder of the county, as Dublin is experiencing an incidence rate of the virus twice the national average.

Earlier today, Minister for Finance Paschal Donohoe had said there is a “strong” and a “very real possibility” that Dublin will move to Level Three.

Additional measures are already in place in the capital to curb the spread of the virus as of midnight last night, including increased restrictions on gatherings between households and “wet pubs” remaining closed.

Minister for Public Expenditure Michael McGrath also said earlier today that although there has not been an instruction for the public not to visit Dublin, if people did not need to travel to the capital they should not do so.

Three new deaths and 254 new cases of Covid-19 were confirmed in the Republic this evening, with 136 of the cases located in Dublin.

Updates were provided by health officials concerning the growth rate of the virus, with projections of 1,000 cases per day by October 16th if transmission remains uninterrupted, with 50 to 60 per cent of these cases in Dublin.

Dr Ronan Glynn, Acting Chief Medical Officer said this evening that “things have gotten worse than when NPHET last met on Friday” when asked about his letter to Government of last week in which he described Dublin as a “disease reservoir”.

Dublin now has a 14 day incidence rate of 104.0 cases of the virus per 100,000, which is twice the national average of 53.0, according to new figures from the Health Protection Surveillance Centre (HSPC).