Laois was locked down while Dubliners ‘do what they like’ 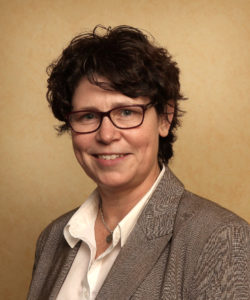 A COUNTY councillor has questioned why Laois was locked down in August while Dubliners “can do what they like”.

Cllr Moran asked why Laois, Offaly and Kildare were closed down for two weeks while Dublin is largely allowed to stay open, although at the time of semi-lockdown the three counties had a lower infection rate than Dublin has now.

She also said the virus would spread far more rapidly in the capital than in Laois and other counties, because of its far higher population density.

Cllr Moran felt that if tighter restrictions were imposed for a week or ten days in Dublin, people there would become more aware and “behave themselves”.

“At the moment in Dublin they can do what they like, because there is no penalty,” she told  a meeting of Graiguecullen-Portarlington municipal district.

Cllr Moran, who is chairperson of the municipal district, was on a delegation of Laois councillors that met health minister Stephen Donnelly in August, when the three counties were placed in semi-lockdown. She recalled that the delegation asked Minister Donnelly the basis for the restrictions placed on Laois, Offaly and Kildare and the basis on which Covid-19 restrictions were tightened in an area.

The Killeen councillor said: “The minister said then that it was based on covid incidence per 100,000 people. Now that it’s Dublin it’s different. I would love to know are the National Public Health Emergency Team (NPHET) on the same page. It has to be the same rule for everybody.”

Cllr Moran said some commentators highlighted the impact that tighter measures in Dublin would have on the economy but the rest of the country had an economy too. She said: “There are businesses all over the country, not just in Dublin.”

Cllr Moran also claimed that the lack of stricter measures in the capital, which is at level 2 in the Government’s new five-level plan, is allowing the virus to be spread by commuters from Laois, Carlow and Kildare, who travel to Dublin every day for work.

She claimed: “Commuters are coming back home and spreading this virus. They have to treat Dublin differently now. It would be different if the case numbers in Dublin weren’t as big but the numbers are huge.”

Independent councillor Ben Brennan said he agreed 100% with her views, adding: “I can’t understand how Dublin is only at level 2. Down the country it would be level 3. Dublin is surely at level 4 at this stage. I guarantee you, we have seen nothing yet on this virus if it is going to carry on like this.”