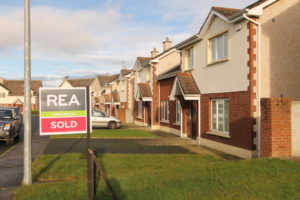 The time it takes to sell the average house in Laois has fallen by five weeks in the past three months, according to the latest REA Average House Price Survey

THE time it takes to sell the average house in Laois has fallen by five weeks in the past three months, according to a national property survey.

The latest REA Average House Price Survey found that the average time taken to sell a property in the county fell from ten weeks to five in the past quarter.

The REA says faster sales have been driven by low supply and people moving away from urban hubs, as many more people are working from home.

According to the new survey, the price of the average three-bed semi-detached house in Laois has remained unchanged over the past 12 months at €198,000.

The REA Average House Price Survey concentrates on the actual sale price of Ireland’s typical home, the three-bed semi, giving an accurate picture of the second-hand property market in towns and cities countrywide.

Despite fears of a downturn in the market during the Covid-19 crisis, the price of a three-bedroomed semi-detached house across the country rose by 0.6% over the past three months to €236,046, an annual increase of 0.4%.

Reflecting the beginnings of a flight to rural locations, prices in the rest of the country’s towns rose by almost 1% in 12 weeks to €163,345.

The price of a three-bedroomed semi-detached house in Dublin city rose by 0.5% to €429,333 during the past three months, an annual increase of 0.2%.

REA spokesperson Barry McDonald said: “Houses are taking an average three weeks less to sell across the country, driven by a combination of low supply and highly-motivated buyers.

“This is a huge shift in market behaviour and one that we have not experienced in the last decade, with almost every agent reporting a substantial drop in the time to reach sale agreed.

“Buyers are more focused, with a higher percentage of bids being made and in many cases are looking to secure homes before their current mortgage approval runs out.

“They are competing with a definite shortage of stock nationwide, which is concerning our agents. This supply deficit is keeping prices buoyant and applying upward pressure in some cases.

“It is evident that nationwide, people have really used the lockdown to take stock of their lives, experience remote working and in some cases, relocate in fairly drastic ways.”