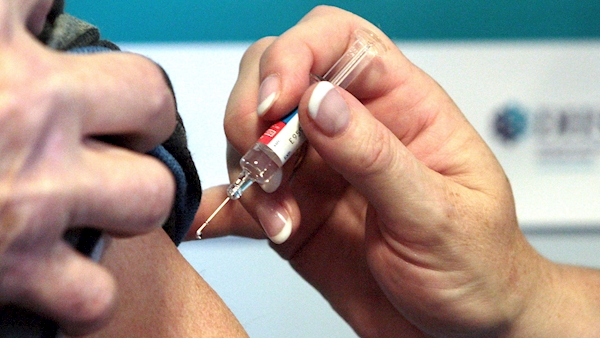 A leading epidemiologist has said he is confident that a Covid-19 vaccine will be available by the end of the year.

Professor Luke O’Neill suggested that the data coming from pharmaceutical giant Pfizer is very promising, according to the Irish Times.

Pfizer has said it expects emergency authorisation use for its vaccine in the United States by the third week of November.

“Can you imagine before Christmas if the headline is that the vaccine shows efficacy? They are going to ramp up production in the coming months,” Prof O’Neill told The Brendan O’Connor Show on RTÉ Radio One.

Prof O’Neill said there are hundreds of millions of Covid-19 vaccines already available, as pharmaceutical companies are anticipating success.

“It’s a sign that people are looking at this in a positive way,” he said. “Some might work better than the other. The question is whose will be the most efficacious. The more we have the better.”

Prof O’Neill said that along with Pfizer’s promising statement, Barclay’s Investment Bank had separately looked at the data and predicted three vaccines approved by Christmas and five more in the middle of next year.

In a statement last month, the bank predicted the Pfizer vaccine has an 85 per cent chance of approval, to be followed swiftly by others.

The bank also predicted the majority of the populations of the US, the European Union and the UK will be vaccinated by the end of the third quarter next year.

Prof O’Neill also said that in addition to a vaccine, antigen tests are being developed which will be able to indicate immediately if people are positive or negative for the virus.

He predicted that these antigen tests will be more widely available in the next two to three months and will make a return to normal life more certain.