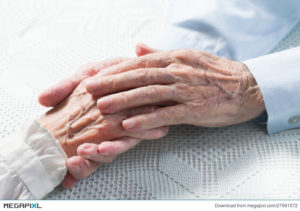 PLANS for a new private nursing home in Laois have received a green light.

Planning permission has been granted for a 62-bed nursing facility, together with eight apartments for step-down care. It will be one of the largest private nursing homes in Laois.

The nursing home will be built in the centre of Mountmellick, to the rear of Main Street with a main entrance off College Avenue.

The plans include landscaped gardens, a parking area, a service yard and ancillary works.

The application made by Offaly-based firm Rocktop Asset Management was initially lodged in July 2019. The county council then sought additional information on a variety of issues such as access, traffic safety and neighbouring residents’ concerns.

The nursing home site borders residential areas that include College Avenue, Patrick Street, Emmett Street and Emmett Terrace. The proposed main entrance is off the College Avenue entrance road, with a second entrance from Davin Park that the developer says will be used   only for deliveries and emergency access.

The company supplied additional information in September this year and there were three submissions from residents’ groups. As a result, alterations to the initial plan include changes to the site layout, so that an open recreational space remains intact in College Avenue. Windows in the nursing home will also have louvred wooden slats, to minimise its overlooking impact on a neighbouring house.

Mountmellick has the HSE’s largest community nursing unit in Laois at St Vincent’s hospital but this will be the first private nursing home in the town.