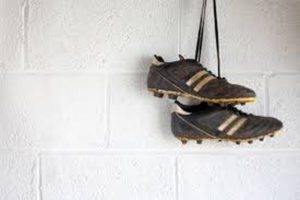 Club players in Laois can hang up their boots until the New Year, at least, after Laois GAA announced it was calling a halt to all club matches with immediate effect.

It had been expected that club championships would resume when the Laois football and hurling teams exited the championships. However, with the new Covid-19 level five restrictions not due to end until 1 December the County Board was left with little option but to further postpone the championships.

It is planned now that the outstanding championships will be played at the beginning of 2021.

The only adult finals played were the intermediate football and the junior ‘C’ hurling championships while the senior hurling and premier intermediate hurling finals came within days of being played. Unfortunately for the clubs involved the GAA authorities called a halt to club activity at the time.

Contacting the club Laois GAA secretary Niall Handy said: “Further to CCC discussion earlier this afternoon, I wish to inform you that inter-club games will not be resuming for the remainder of this year.

“Activity at all levels (adult and juvenile) including adult training is currently suspended.

“This is as a result of the increased countrywide restrictions announced by the Government last evening.

“It is with great disappointment that we make this announcement and whilst a little aggrieved that our club games schedule will not be completed in the calendar year, which was brought about as a result of initial suspension of activities by the local internal local Covid lockdown (in Laois, Offaly and Kildare) and then the self-imposed suspension of Club games on Tuesday 6 October by GAA authorities in Croke Park, prior to our hurling championship finals, the following weekend.

“In saying that the health and welfare of our players and members is more important and hopefully the sacrifices we have endured with our GAA activities will go some way to saving lives and eradicating this dreaded virus.

“All outstanding games (both adult and juvenile) will resume in the New Year, with exact dates to be confirmed in the coming weeks.

“Our thanks to all players, team management and clubs for their great commitment and co-operation over recent months and congratulations to all the various winners of competitions that were completed.

“On a further note, Laois GAA Office is officially closed due to present restrictions, but anyone with queries may contact me direct by phone or email.”