More drugs taken off the streets in Laois 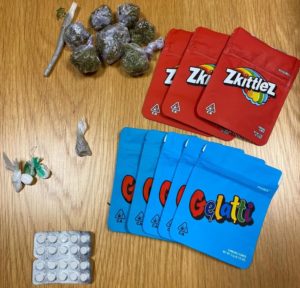 Some of the drugs that were seized after gardaí searched a vehicle in Portarlington.

While gardaí were on mobile patrol in the Portarlington area over the past couple of days they noticed a number of people acting suspiciously in a vehicle.

During a search of the vehicle they uncovered a quantity of cannabis, cocaine and heroin which they seized and arrested the three people who were in it.