Renowned author to judge writing competition for literary festival in 2021 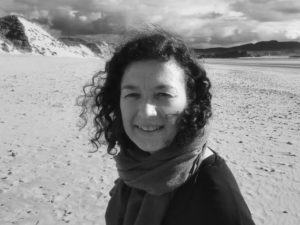 THE Power of Words Festival, Abbeyleix, in association with Hilliard Press, is delighted to announce that renowned author Andrea Carter will be judging their recently announced Short Story Writing Competition.

Andrea Carter grew up in Ballyfin and studied law at Trinity College Dublin before moving to the Inishowen peninsula in Co Donegal, where she ran the most northerly solicitor’s practice in Ireland. In 2006 she returned to Dublin to work as a barrister.

She is the author of the ***Inishowen Mysteries***, which will shortly be adapted for television. Her short story ***The Lamb***, which was part of the **Counterparts*** anthology published by The Stinging Fly and edited by Dannielle McLaughlin, was shortlisted for Short Story of the Year at the Irish Book Awards 2019.

The Power of Words Festival – which celebrates words that are written, acted, spoken and sung – had its hugely successful inaugural event in Abbeyleix in August 2019. It featured a host of well-known authors in addition to events and workshops for new and emerging writers. The festival team was supported by Heritage House, Abbeyleix, which provided an array of heritage walks and talks to complement the packed literary itinerary. Spink Comhaltas and Mountrath Youth Theatre were among others who also lent their considerable talents to the festival. The festival was also generously supported by the business community in Abbeyleix, as well as Creative Ireland (Laois) and Laois Arts Office.

Full story and more photos in next Tuesday’s, on sale in all local stores

Filed under: The Power of Words Festival

The Power of Words Festival, Abbeyleix 2021