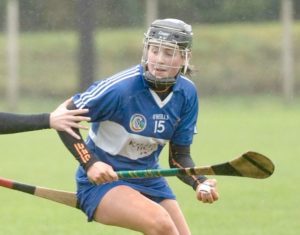 LAOIS can have no complain after losing out to Down in the second round of this year’s All-Ireland Intermediate Camogie Championship. But all is not lost for the O’Moore girls who can still play a major part in the championship.

They will be out again next week in the All-Ireland quarter-final when they will taker on the winners of Carlow and Kerry.

And when Sarah Louise Gaffin crashed home Down’s second goal just after the start of the second half they game was over as a contest.