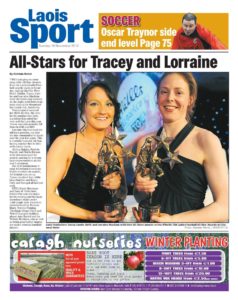 LAST week we highlighted Sarah Anne Fitzgerald receiving a Camogie Soaring Star award, this week ten years ago it was two of Laois’ lady footballers who stole the limelight.

Tracey Lawlor and Lorraine Muckian were the deserving winners of All Star Awards from the LGFA, both recipients playing for Mountmellick based club, Sarsfields. This was Lawlor’s third All-Star, the others in 2006 and 2007. It was Muckian’s second award having won her first in 2001 with county Louth. Aisling Quigley, Patricia Fogarty and Nóirín Kirwan were also nominated for awards, making for a strong Laois representation at the 2010 ceremony. 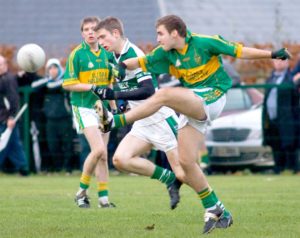 On the playing pitch back hone, Ballylinan Glenmore jumped for joy at the final whistle as they qualified for their second U/21FC final in a row. A Ciaran Farrell point gave the green and yellows a one point advantage in what was a closely fought encounter from beginning to end.

In the other semi Stradbally Parish Gaels paid the ultimate price for failing to take their chances in the first half. They controlled possession for the vast majority of the half but kicked an incredible 11 wides. With inaccuracy like this, it makes it nearly impossible to win football matches which was borne out as Graiguecullen booked themselves a final date with Ballylinan. 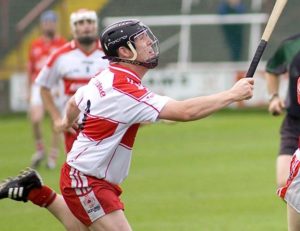 Ronan Kavanagh (Trumera) not only scored a point against Wolfe Tones but was as solid as a rock in defence Photo: Denis Byrne

Laois champions Trumera made the long journey to Kilberry in search of a place in their second provincial final. In a nail biting encounter the Meath champions, Wolfe Tones, on their home pitch scored two goals in extra time to advance to the Leinster final. 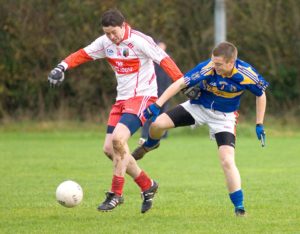 For the second year in succession O’Dempsey’s had to settle for runners-up spot in the Courtwood GAA sponsored Paddy Dunne Cup final. O’Dempsey’s fought their way back to send the game to extra time after Emo looked the better side for most of the game. But it was Emo who held out to take the honours with just two points to spare.

An injury time point from Clough/Ballacolla senior hurler Stephen Maher ensured a share of the spoils in a thrilling Leinster Vocational Schools SH ‘A’ contest. 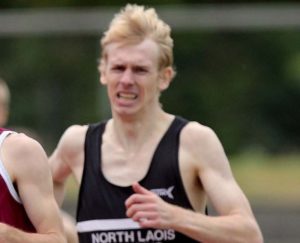 While Ethiopia’s two-time world junior champion, Genzebe Dibaba, may have stolen the limelight at the international cross-country event in Burgos in Northern Spain, two Laois brothers were also causing a bit of a stir. The Mulhare brothers, Dan and Michael, ran an excellent race that left them the pride of the Irish contingent. Dan and Michael (North Laois AC) led home the Irish team in 20th and 23rd places, respectively. 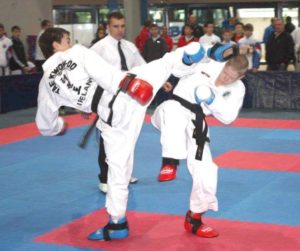 Sean Keogh Grincell in action in the European Cup

Sean Keogh Grincell travelled to Bratislava in Slovakia to participate and take second place in the Teakwon-Do European Cup.

Portlaoise let the winning points slip from their grasp in this Leinster League Division 1B game against their neighbours Portarlington, the latter winning 10-8. This was an enjoyable game with plenty of effort even if at times the quality may not have been of the highest standard.