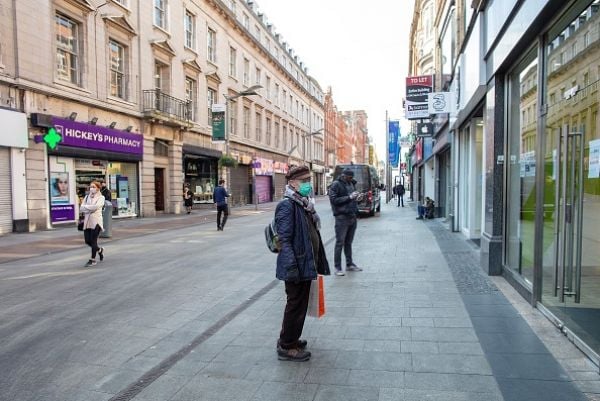 The Republic faces a third lockdown as soon as January in a development which could be avoided, a public health expert has said.

Professor of Health Systems at DCU Anthony Staines said the country is likely to still see more than 100 daily cases by December, with lockdowns set to continue until key policy changes are made.

His comments come as this evening saw four further deaths and 344 new cases of Covid-19 confirmed, with the State surpassing more than 70,000 infections since the outset of the pandemic.

Prof Staines said the current reduction in daily case numbers – down from recent highs of more than 1,000 new infections each day – is a credit to the Irish public.

The Irish public have stepped up to the mark

“I still think there’s a weakness in other aspects of our response, particularly the public health track and trace response, which has been seriously under-resourced,” he said.

“But the Irish public have stepped up to the mark and done brilliantly. Now you don’t know where our numbers will be at the beginning of December.

“I think a fair guess would be over 100, and that poses a challenge for the Government.”

Coalition party leaders will meet on Monday in an attempt to formulate a plan to manage the pandemic over the Christmas period.

Restrictions on restaurants and pubs are expected to be central to discussions between the Government and public health officials next week, with indoor hospitality “a key battleground.”

Prof Staines said the spread of Covid-19 due to international travel remains a point of concern.

“Our quarantine for people coming into the country is a joke, and that’s one of the most important things you can do,” he said.

“There’s now good evidence that lockdowns do reduce the rate of viral transmission – evidence which did not exist in the public domain until this week.”

Meanwhile, plans to distribute a vaccine to protect the population from the virus have accelerated amid reports this week that three vaccines are showing positive early indicators.